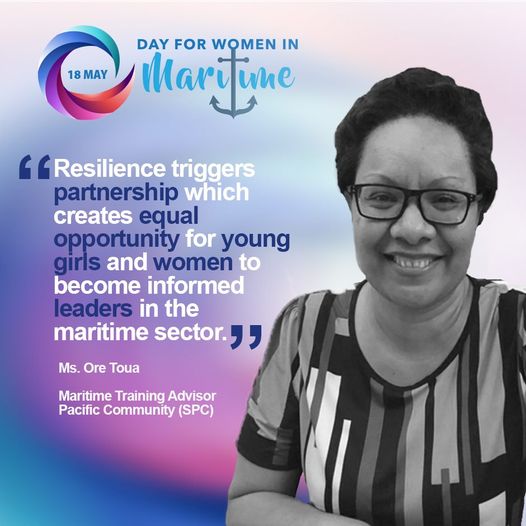 Ore Toua joined Pacific-Community-SPC in late 2014 as the Maritime Training Advisor and set about the groundwork in reviving #SDG5 on #WIM in the Pacific region. She was instrumental in the relaunch of PacWIMA in April 2016 in Tonga with the Regional Workshop on Women in Maritime in collaboration with International Maritime Organization – IMO.

Ore has acquired the Masters of Science, Maritime Affairs, specialised in Maritime Law and Policy and is the first woman from the Pacific to attain the Post Graduate Diploma in Maritime Energy from the World Maritime University – headquarters.

Ore continues to work closely with PacWIMA, Member States and IMO in progressing #SDG5 for the visibility, recognition and capacity development of women in maritime in the Pacific region.

PacWIMA honours women leaders in maritime like Ore who epitomises resilience and leadership in raising, advocating and supporting the #WIM agenda in the Pacific. 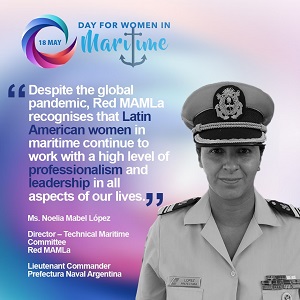 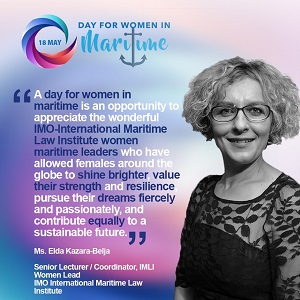 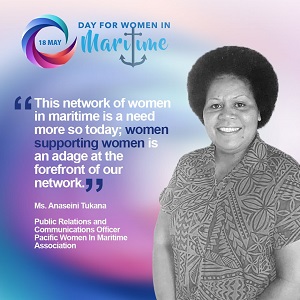